A History of the Manhattan Public Library

In May of 1912 a notice of school election was printed in the Post. “Is hereby given to electors and tax payers that a special election will be held in the Manhattan School District No. 1, Nye County, Nevada on Monday June 2, 1912 for the purpose of voting school bonds to build and equip a permanent three-room school house in the district."

On Saturday June 22, 1912, this announcement “School election unanimous!” went on to say voters on June 17, 1912 decided to have a new schoolhouse by a vote of 137 to nothing. It was the most decisive election held in Nye County to date. 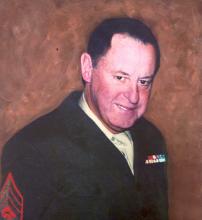 A resident of Manhattan, Walt Daniels, had a dream of turning one of the classrooms into a museum showcasing mining and the pioneer life style associated with the early mining camps. He pursued his dream until his death in 1999.

In 2003 the Smoky Valley Library District took up Mr. Daniels dream. Nye County turned over the building to the district and Bob Bottom donated the land it was set on. The district then actively started pursuing grants. May 2004 the district was awarded a $75,000.00 grant from the Nevada Department of Cultural Affairs.

The estimated cost to restore the building was $150,000.00. Work started in the fall of 2004, a retaining wall, new concrete foundation and repairs to the roof were scheduled to be finished by the first quarter of 2005.

The Manhattan schoolhouse now serves as a public library, a small museum and a community room for the Manhattan patrons. The Manhattan schoolhouse has many outstanding features, one being the interiors pressed tin ceiling, one of only two such examples of period architecture left in Nevada.
If you have an interest in visiting this historic building it is located at #7 Mineral Street in beautiful Manhattan, Nevada.